The Believer’s Freedom in Christ

The apostle Paul, in exposing and refuting the Colossian heresies (legalisms and gnosticism, which are very similar to New Age heresies of today), shows the Church the greatness and all-sufficiency of Jesus Christ throughout the whole letter to the Colossians.  In Col. 1:15-19 Paul portrays seven superiority’s of Christ in His pre-eminent Supremacy.  In this letter Paul continually portrays Christ as the only true revelation of God to point both the believer and the unbeliever to God through Him and into true spirituality acceptable to the Father.

In the scriptures under consideration Paul shows us the total completeness of the believer in Christ.  Christ’s victory over sin in the suffering on the cross and victory over the power of death being raised to life again from the grave to set the believer free in every aspect of life.

Col. 2:10-“And ye are complete in him, which is the head of all principality and power:”

Col. 2:12-“Buried with him in baptism, wherein also ye are risen with him through the faith of the operation of God, who hath raised him from the dead.”

Col. 2:13-“And you, being dead in your sins and the uncircumcision of your flesh, hath he quickened together with him, having forgiven you all trespasses; ” (c.f. Rom. 8:15)

Col. 2:14-“Blotting out the handwriting of ordinances that was against us, which was contrary to us, and took it out of the way, nailing it to his cross;”

Col. 2:16-“Let no man therefore judge you in meat, or in drink, or in respect of an holy day, or of the new moon, or of the Sabbath days:

Christ secured our relationship with His Father in His Blood (Rom. 3:25)

Ephesians 1:6–To the praise of the glory of his grace, wherein He has made us accepted in the beloved.

Ephesians 2:6–And hath raised us up together, and made us sit together in heavenly places in Christ Jesus:

1 Corinthians 1:30–But of him are you in Christ Jesus, who of God is made unto us wisdom, and righteousness, and sanctification, and redemption:

Romans 7:6–But now we are delivered from the law, that being dead wherein we were held; that we should serve in newness of spirit, and not in the oldness of the letter.

Romans 6:4, 5, 8–Therefore we are buried with him by baptism into death: that like as Christ was raised up from the dead by the glory of the Father, even so we also should walk in newness of life.  5 For if we have been planted together in the likeness of his death, we shall be also in the likeness of his resurrection: 8 Now if we be dead with Christ, we believe that we shall also live with him:.

2 Corinthians 5:17–Therefore if any man be in Christ, he is a new creature: old things are passed away; behold, all things have become new.

Romans 8:15–For you have not received the spirit of bondage again to fear; but you have received the Spirit of adoption, whereby we cry, Abba, Father.

Romans 3:24–Being justified freely by his grace through the redemption that is in Christ Jesus:

2 Corinthians 5:21–For He (God) has made him (Jesus Christ) to be sin for us, who knew no sin; that we might be made the righteousness of God in him.

Romans 10:4–For Christ is the end of the law for righteousness to every one that believes.

Romans 3:28–Therefore we conclude that a man is justified by faith without the deeds of the law.

Hebrews 2:14–For as much then as the children are partakers of flesh and blood, He also himself likewise took part of the same; that through death He might dethrone him that had the power of death, that is, the devil;

Colossians 1:13–Who has delivered us from the power of darkness, and has translated us into the kingdom of his dear Son:

Colossians 1:20 And, having made peace through the blood of his cross, by Him to reconcile all things unto himself; by Him, whether things in earth, or things in heaven.

1 Cor. 15:57–But thanks be to God, who gives us the victory through our Lord Jesus Christ.

Romans 14:10–But why does you judge your brother? or why do you show contempt for your brother? for we shall all stand before the judgment seat of Christ.

2 Corinthians 1:24–Not for that we have dominion over your faith, but are helpers of your joy: for by faith you stand. 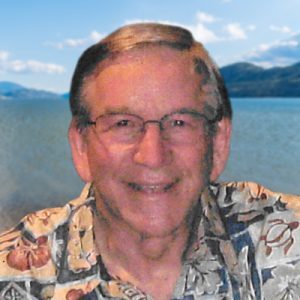